2019’s Aladdin directed by Guy Ritchie and starring Naomi Scott, Mena Massoud and Will Smith had to deal with a lot of sensitive issues and faced early backlash due to accusations of brownwashing and that first look of Smith as Genie. Yes, this will be a review that tackles cultural reflection because it is one of my passions to talk about respresentation in film. As a fan of the original from 1992 (fully aware of its many flaws) I will directly compare the two and discuss if and how Disney improved its sensitivity.

First of all, I want to start by saying how much I loved the music. To me, the introduction scene was absolutely stunning with a wonderfully updated “Arabian Nights” accompanying the sweeping camera as it presents us with a beautiful view of Agrabah and its closest surroundings. Immediately, I felt transported back into my childhood and couldn’t help but be excited to see what they had done with the place, now that we’re all grown up and much wiser (at least that’s what I keep telling myself). They honestly did such a good job of revamping the original songs and adapting the lyrics to a more modern worldview while also introducing new musical pieces that were pivotal for some desperately needed character developments.

People pleasing, nostalgia, hommage or cultural appropriation? Let’s manoeuver through this step by step. One of the first things I was actively listening for were the accents. Although it takes place in a fictional city, its iconicity basically makes undoubtedly clear what region of the real world they’re depicting. In the original, most side characters have a noticeable Middle Eastern accent while the main characters speak Anglo American English. Arguably a decision to make them more approachable for a Western audience, this choice remained the same in the remake (including the old habit of villains being British cuz Shakespearean delivery is so scary). As I’ve mentioned in the beginning of this paragraph, this may have several reasons which are derserving of some heavy criticism. Is it okay to assign accents based on importance/value of the characters? Why do the stars of the story impose a certain kind of representation on the viewer that further alienates and obscures their cultural identity? Personally, I am not sure which side I would come down on because they were true to the original, which is definitely of importance, but also slightly confused their own approach to cohesiveness and immersion. For now, I am okay with their choices because they made many good ones too.

I want to throw in a quick disclaimer that I do not postulate myself as being in a qualified position of demanding any more or less of the representation of a part of humanity I am not exactly part of. However, if you would give me this much, I am the child of a Muslim and have had a natural interest and love for Eastern cultures ever since I can remember and I find it important to call out missteps and congratulate successes. Especially when someone gets to have a mulligan AND produces a movie predominantly aimed at children.

Ok, but what about Will Smith? Like many of you, I had my reservations BUT this Genie is kind, sassy, loveable and incredibly funny. He is definitely the same character as in the 1992 version and yet quite different because Smith does have A LOT of personality to share. Modern, more humanized and surprisingly touching, this character remake is a success (he also spends a considerate amount of time not being blue, which is definitely beneficial). And he never had a friend like Mena Massoud (Aladdin) who is charismatic, slaying you with his smile and delivering a sufficiently entertaining Al. So we get a worthy successor of the impenetrable Robin Williams and an adequate Prince Ali – can Jasmine keep up? 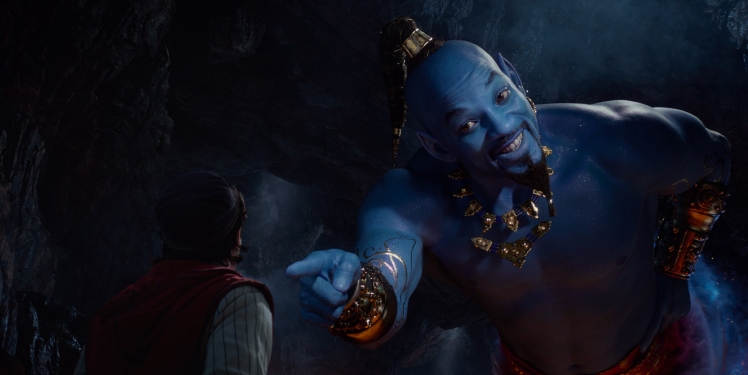 Naomi Scott (Jasmine) faced some criticism due to being of Indian British decent which I can understand to some extent, however, she is quite the force in this role and will not disappoint you. In the original, Princess Jasmine is merely a real character and more of a seductive shell failing at showing even a speck of a real personality. Not this time, nuh-uh. Equipped with her own song, a true purpose and fierce determination she nothing but destroys limiting forces left and right. She is also intelligent, loving, funny, insecure and proud – all the dimensions coming at ya! 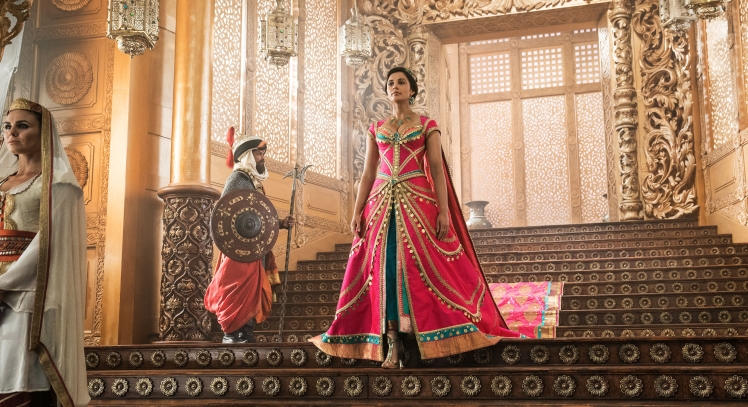 If we widen our gaze and look at the people of Agrabah, they rightfully got more love and consideration. You won’t see deeply corrupt merchants and sword swinging brutality on the streets. This version of Aladdin makes sure to emphasize the beauty and community of the citizens. But you still get your Stormtrooper guards who couldn’t catch a turtle if they tried. And yet, even here they made sure to include a redeeming character with Hakim (Numan Acar) who gives us a sweet portrayal of the conflict between loyalty and doing what’s right. The only real disappointment for me is Jafar (Marwan Kenzari). He isn’t menacing or scary at all, seems too young and could’ve used a sidekick to expose his character more in a few hanging-out-in-the-villain-cave-dialogues. Iago, voiced by the incredible Alan Tudyk, is not utilized enough for this. However, in a live-action setting it made more sense to have something closer to a real parrot which can’t carry out lengthy discussions with his master. 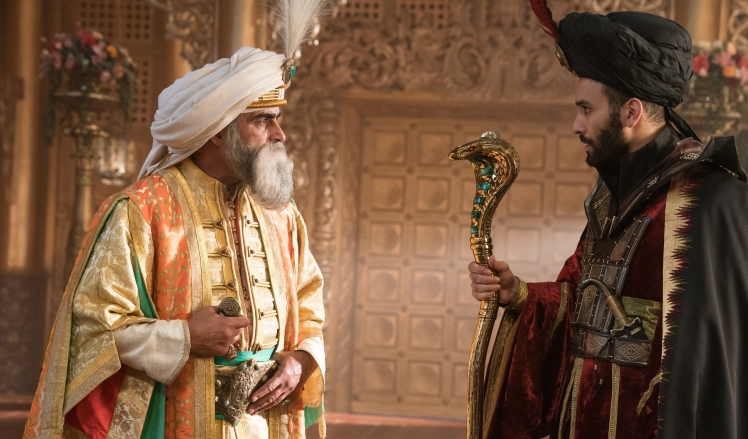 Conclusively, I would say that criticism is undoubtedly valid and this particular representation could be analyzed in an entire academic paper and more. Orientalism is a real misconception and often slips into your worldview unnoticed. Disney did have cultural consultants and managed to improve on MANY things that were lacking in the original version of this movie. My personal experience was that I smiled the entire time, laughed a whole lot (shout out to Nasim Pedrad as Dalia), absolutely loved the music, almost cried and enjoyed the heck out of this. Thanks for making me happy and hurray to self-reflection.