You had me at turd in the wind or sweet trashy goodness?

This question tells you exactly why you should go and see Venom. If you’re like me and love these kind of hidden gem prophecies, you must seek the answer for yourself. This movie is divisive. Grab your popcorn and get ready – some think it’s trash, some think it’s the exciting, exactly what it should be kind of trash-y-ish entertainment. We’ve got ourselves a film that embraces the fact it is not an award-winning drama. My personal verdict: I really enjoyed Venom. 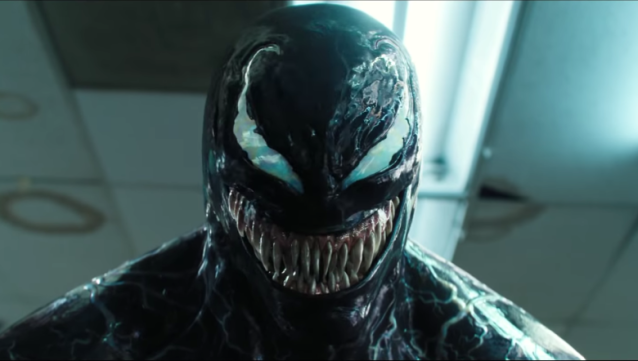 Tom Hardy can carry a movie, we all know that by now after his performances in movies such as Mad Max: Fury Road or Legend. He is the glue that holds together this ambitious DIY science project. And although it does have moments that feel like they started working on it the night before with whatever their mums had in their cupboards – just like on a model of the solar system you were assigned a month ago, Susan! – it does fulfill its purpose to entertain. And heck yes, I was entertained. The humor is positively weird and unique and will get some good laughs out of you, even the grumpiest among ya! Many fans were turned off by the PG-13 rating when they announced it (including me) but I actually don’t think it impairs the movie in any way.

Despite many things that simply don’t work out, the relationship between Eddie Brock and Venom is truly great. Good on them to put the focus on that bond which is what turns the film into a successful buddy comedy. A pleasingly cheesy one at that. Their chemistry is original and charming, often the result of Hardy’s precise comedic timing and admirable improv skills. He technically plays both characters, so it’s safe to say they’ve got a natural vibe going that will leave you wanting more. Michelle Williams portrays Eddie’s stubborn significant other (Anne Weying) and all I have to say here is: What is up with comic book movies and Polly Pocket wigs on their female characters (Marvel especially)? If you’re looking to build an indestructible house, build it with whatever those are made of because that stuff does not move. Ever. 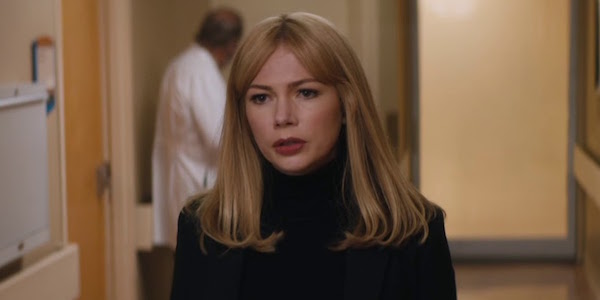 Riz Ahmed plays the adversary and entitled entrepreneur Carlton Drake who created the Life Foundation to explore space in search of useful resources and hides behind a righteous veil, woven of lies. Eddie Brock is looking to uncover these lies, with bitter consequences. And yes, if you’re thinking of Elon Musk right now, you wouldn’t be far off. Carlton uses the extraterrestrial symbiotes recklessly, aiming at a dangerous goal and valuing a human life no more than a lint. Riz tries to make the best out of a villain that is so one-dimensional, he becomes laughable and outright hilarious. And there are other elements in the movie that are so basic, it makes you wonder… if the trailers were just a ruse to cover the self-aware superhero commentary that is Venom, walking the line between funny and satirical. You’ll definitely laugh with this movie a whole lot but you’ll also laugh at it. And that is totally fine because it does not take itself seriously. As long as you’re enjoying yourself, it succeeded.

At the end of the day, this movie is polarizing for sure and I cannot contain my excitement for all the heated discussions. Bring it! You should definitely go watch it and make up your own mind about it. Fact is, Tom Hardy carries, lifts and dances with this movie and if he is not your cup of tea, maybe go get a different one. I really enjoyed Venom and would recommend it, if only to see that tongue in full action.