You had me at gorgeous Italian-French-American romance in (and out of) 80s clothes. 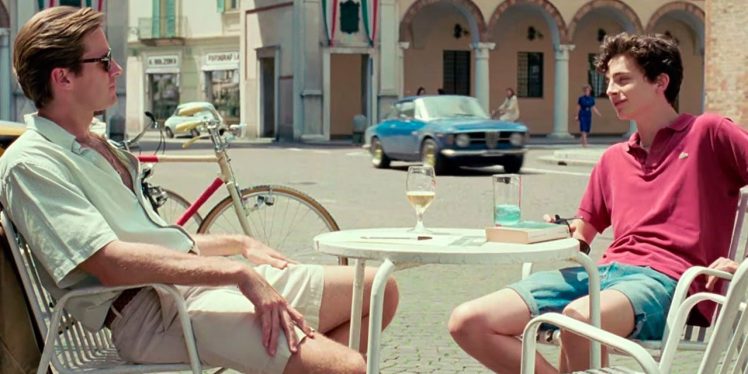 It’s 1983 and Elio’s (Timothée Chalamet) family, who like to vacation in the midst of an orchard in a sleepy northern Italian town, welcome Oliver (Armie Hammer) into their home. As an apprentice to Elio’s father, he helps with archaeological findings in the area while gravitating more and more towards Elio (and vice versa) with each day. Since there is not much to do in this town besides reading, drinking and swimming in the river, people’s various relationships in all their complexity and multi-facettedness are the focus of this obviously character-driven film. Quietly and carefully, the audience may see their personal, intimate, awkward and delightfully genuine private moments. Not only is Luca Guadagnino’s film a lovestory as sweet as they come, it also offers a hopeful perspective on whether to choose vulnerability or caution in matters of the heart. “Is it better to speak or die”, as it were.

Call Me By Your Name will immediately wrap you in the cozy, light-hearted and magical blanket of a summer romance. It’s not all that often that I root so exceptionally hard for two characters to fall in love as I did for Elio and Oliver. What makes this particular lovestory so special is that, contrary to your typical Hollywood blockbuster romance, CMBYN doesn’t need to put enormous weight into every interaction. Seemingly simple, insignificant acts become meaningful in the grander scheme because they portray insecurity, longing or playfulness in an unescapably endearing way. While the plot is fairly straightforward, I never found the characters to be predictable or trite, which I am sure can be accredited to the writing just as much as the performances. 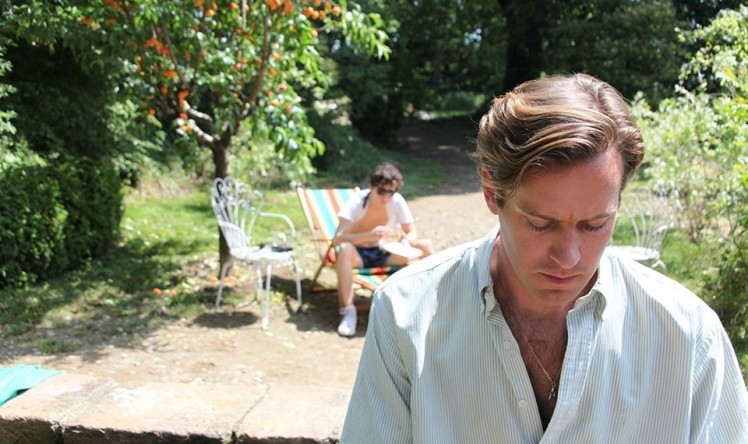 The entire cast of CMBYN has forever changed my definition of ‘brilliant acting’ – from the protagonists’ effortless sincerity to Elio’s parents’ kind intellect to his friend’s supportive love. Look out for the scene when Elio decides to let his affections be known to Oliver as they stoll around a deserted plaza. Chalamet perfectly encapsulates the behavior and tone of a cocky young adult wanting to sound more mature while staring down the barrel of vulnerability but seeing no merit in turning back at this point.
Not a single character seems out of place throughout the film and the natural flow of their interactions is only amplified by lines of dialogue that make me want to run to the nearest library and get my hands on the novel the film is based on. Some of my favorite quotes include:
“But to feel nothing so as to not feel anything? What a waste.”
“I think he was better than me.” “I’m sure he’d say the same about you, which flatters you both.”
And the titular phrase: “Call me by your name and I’ll call you by mine.”

Although I love the writing and the performances, to me, the highlight of CMBYN is the camera work. I was so enthralled by the creativity of the movie’s picturesque shots and (often unusual) angles, I more than once had the urge to stop and simply marvel at the beauty before me. I noticed in particular, that the typical high/low-angle type of perspective was largely absent which only enhances the idea that – despite Oliver being on Elio’s home-turf, so to say, and despite Elio being noticeably younger – they are completely equal throughout the story. ‘Organic and natural’ is all I can say about such quietly spectacular cinematography and that’s a huge compliment.

There are far too few internationally appreciated films that are equal parts engaging and peaceful. So, take a break from forced dramas and explosive action and warm your hearts on this visually and emotionally gorgeous piece of art.

And can we all please give a round of applause to the simple fact that Elio and Oliver’s love story, despite being set in 80s small-town Italy, chooses to NOT focus on homophobia and discrimination! It’s such a non-factor in the story. The only thing we as the audience (need to) know is that they’re two people who fall for one another. Their romance is so comfortingly normal and I appreciate that a lot.

Plus it’s nominated for Best Picture – I’m definitely crossing my fingers for a win.