Last Thursday, I was one of the lucky attendees of the 100-year Gala at the well-known English Cinema Haydn in Vienna. From sparkling alcohol to chili, popcorn and delicious cake, this event was definitely worth showing up for. The (family) history of how the venue came to be and survived censorship and low visitor numbers was truly interesting and charmingly moderated by FM4′s Riem Higazi. Afterwards, we got to see Kenneth Branagh’s Murder on the Orient Express. Why the movie felt like a disruption of a wonderful evening? 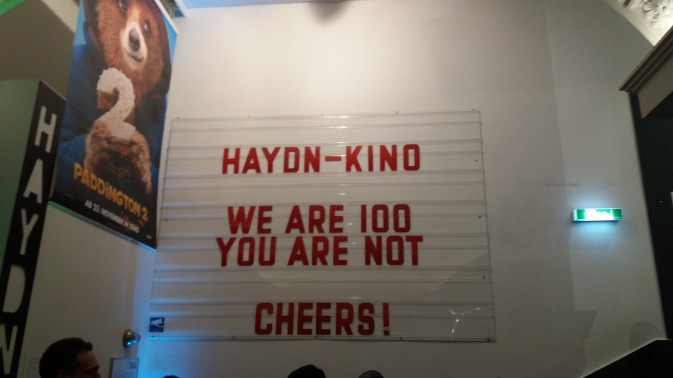 To anyone who is a fan of Agatha Christie, the decision to watch this movie in theaters should be an easy one. And for anyone who has seen and treasured the 1974 version, when the trailers came out, excitement was due because I would say the time was right for a remake. Additionally, the cast had everything going for it: Helen Mirren, Daisy Ridley, Michelle Pfeiffer, Olivia Colman, Penélope Cruz etc. What a marketing dream. Unfortunately, this movie did not deliver.

Hercule Poirot, the beloved Belgian detective with his iconic moustache played by Albert Finney was a charming, amusing, sweet and sometimes naively child-like man who brought delight to the screen. Kenneth Branagh, while undoubtedly presenting an impressive career path, transformed the rudely hilarious Poirot into a cynical, depressed and annoying retiree. In both versions, the detective wants to rest but unwillingly finds himself in a murder mystery. Of course, he is not excited about it. But what felt like a simple “I’m too old for this stuff” with Finney, turned into a “I literally hate everything about this” with Branagh. The attempt to make his character more likable failed through  cringe-worthy and forced jokes. 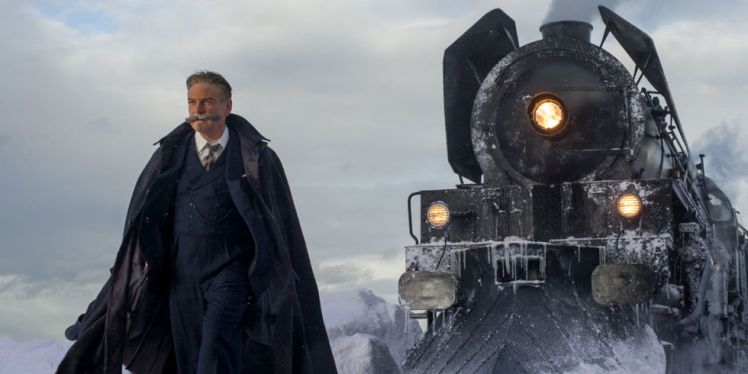 One of the things most remarkable about Sidney Lumet’s version is the balanced composition of the characters, enabling the cast to equally show their abilities. The plot relies on very distinct, almost caricature-like personalities because the characters need distinguishable features in order to tell them apart. Here, despite most performances being grand, a few of them felt more like a parody than an actual person.

As mentioned above, the very welcoming and familiar evening was basically a perfect setting for the movie but it only ended up disrupting the mood. Which is also true for out-of-place black and white flashbacks throughout the film. Even more so, since this is the Blockbuster era, they had to add de trop CGI action. Starting with an epic avalanche that derails the train and commencing with breathless chasing sequences on a collapsing bridge. Why spend the money? The story is all about the characters, we don’t need these shenanigans. 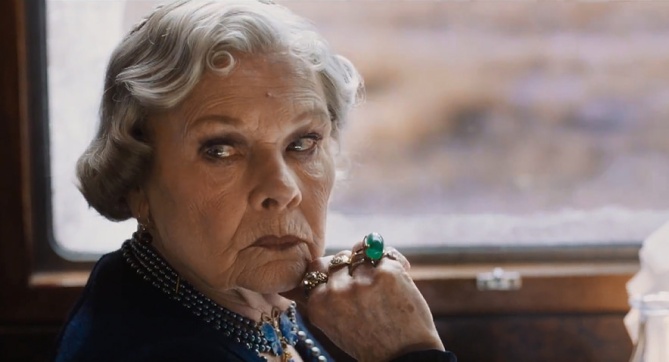 The overall sentence for this movie is that is was too cheesy. Over-dramatic and uncomfortably long lasting close-ups paired with lifeless lines felt all the more disappointing, considering Branagh’s love for Shakespeare. And on top of that, the music with its slow piano bits was sleep-inducing and sometimes really diverting my attention away from the movie. As a fan of the 1974 version, it hurts me to say that this movie offers a mere surface-level copy missing the authentic heart and horror of its predecessor.