Put a helmet on and strap yourselves in because Birds of Prey: And the Fantabulous Emancipation of One Harley Quinn has fists, baseball bats and jokes flying all over the screen.

The following is spoiler-free!

BoP opens with the aftermath of Harley (Margot Robbie) and Joker’s break-up. As soon as word gets out that Ms Quinzel is no longer under the Joker’s protection, everyone who’s anyone in the criminal underbelly of Gotham comes out of the woodwork to settle their various grudges with Harley.

This is where the movie took one of the worst parts of Suicide Squad, namely the cartoon-ish way of writing character stats on screen, and made it a million times better. Instead of a long list of traits that might or might not be relevant to the current story, we get two simple points: the person’s name and their grievance with Harley – sleek, effective, and, paired with Harley’s voice over, whimsically funny. 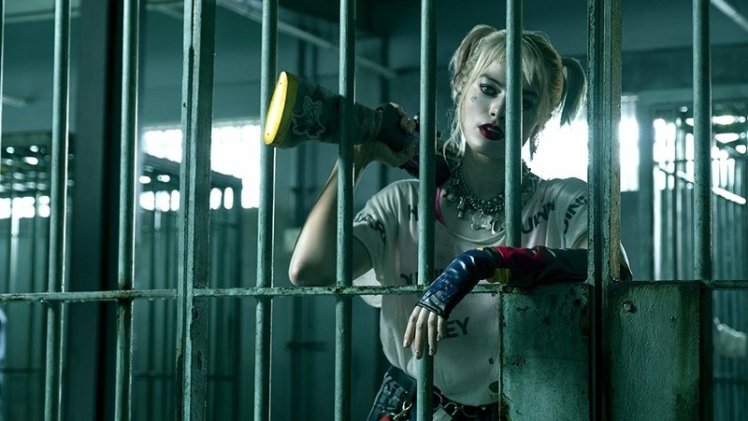 Where Suicide Squad mainly portrayed Harley as a trickster on the far end of Barney Stinson’s Hot-Crazy-Scale, with her baseball bat and toxic attachment to the Joker, BoP kept the purely chaotic core of her character and added an actual personality. She has become a character whose story is worth telling, without Puddin’ and without a government-mandated squad.

And she’s not the only one with good reason to be there. Black Canary (Jurnee Smollett-Bell) involuntarily finds herself in cahoots with a man exactly as dangerous as she thought. But her moral compass – quite strong for Gotham standards – leads her to form an unlikely alliance. Huntress (Mary Elizabeth Winstead) makes the mistake of following through on her vendetta in the wrong place at the wrong time. She’s my favorite character because, despite what you might think about a crossbow-weilding vigilante, she is the awkwardest bean to ever exist. It’s hilarious. Cassandra Cain (Ella Jay Basco) is simultaneously the catalyst for the group’s troubles and such a spunky, wily kid that you gotta love her. And cop extraordinaire Renee Montoya (Rosie Perez) really has it out for Harley and her sandwich.

Birds of Prey is a well-structured frenzy. It is fast-paced and doesn’t strictly adhere to chronological storytelling. Unfortunately, that means smaller stretches filled to the brim with exposition and story beats that are glossed over too much. However, my biggest disappointment was the editing of fight sequences. Final fight excluded, they look abysmal. Which is a shame since the fight choreography was incredibly inventive and on a physical level, the actors did a fantastic job. But the editing completely took me out of it. Lingering shots that halted any sense of momentum, unnecessary slow-motion, and I was often confused where the characters were in relation to one another. Maybe it’s the cynic in me, but a lot of the time, fight scenes seem to be edited more to fit into a punchy trailer than into the actual movie. BoP is no exception.

On a positive note, the acting is fantastic in this best and brightest (literally, it’s so colorful) of all DC movies. Margot Robbie is the A-List chameleon Hollywood needs at the moment. Not only because she gives it her all in every performance but because she makes her characters an unparalleled joy to watch. Harley is brash and foolhardy and utterly lovable with her bubblegum outfits and horribly inconvenient glitter gun. And I loved the cheeky voice-over. And villainous to the max, Ewan McGregor plays a psychopatic, greedy, sexist club owner who is throwing his hat in the ring for the position of craziest crime lord in the city. He’s one of those actors that bleed charm and charisma but his performance of Roman Sionis was legit frightening.

Speaking of, BoP is filled with caricarturial references to sexism along with on-the-nose female empowerment messages. Black Canary sings “It’s A Man’s Man’s Man’s World” in Sionis’s club, Montoya gets repeatedly dismissed and screwed over by her male co-workers, and Harley plays roller derby, a sport notorious for its feminist attitudes, and it’s not just a gimmick – Kudos to the writers on that one! Certainly subverted my expectations.

But given that comic book movies are blatantly over-the-top in pretty much all aspects and also given that these empowering statements are always delivered tongue-in-cheek and with a big wink, BoP absolutely hits the sweet spot of joking about the topic without turning it into a joke.

With Birds of Prey, I have had the best time watching a comic book movie I’ve ever had (well, maybe on par with Shazam). I’d recommend it to all of you who long for something a little more rebellious and a lot more rowdy in this dreary, dark, and desaturated season. 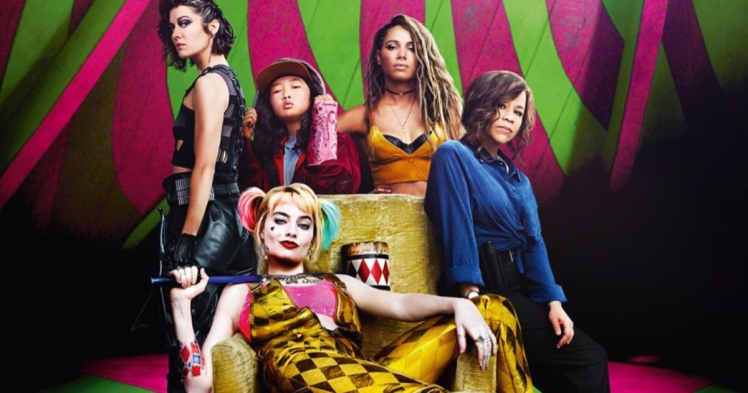