This text includes major spoilers, so only continue reading if you have seen the movie.

The first time I watched Terminator: Dark Fate was alone and in an almost empty cinema. Turns out, after initial doubts, I was quite delighted I absolutely enjoyed the heck out of it. 2 days later, I couldn’t shake the urge to see it again, wondering what it was that made me go for a second round. It took a group of rude and obtrusive fellas just a few seats to my left to make me realize what I liked about this movie so much.

“You’re not giving birth to some man who saves the world in the future. You are the future.” This is the moment it is revealed that the Terminator’s new target (Natalia Reyes as Dani Ramos) herself is who will change the future, not her son.

And this was the one sentence that made the group of gentlemen to my left laugh out loud and sarcastically yell “girlpower” at the screen. They had vocally forced their opinion on the rest of the audience a few times prior and, thus, I was (frankly) very pissed off. Yes, this movie has some tonally distorted moments and might make you giggle while trying to be serious but, in my opinion, this scene was not one of those moments. Nevertheless, everyone is allowed their own judgement, of course. And yet, they completely disrupted my own emotional reaction to this reveal and that is not fair to anyone at any movie screening ever. Had I not seen Terminator: Dark Fate once before, I would’ve seriously freaked. Instead, I gave a weak “very funny” sideways remark and left it at that. But this experience made me realize why I enjoyed this movie so much.

In this key moment, Grace (Mackenzie Davis) is repeating what Sarah (Linda Hamilton) said earlier during the movie, echoing her exact wording which is a simple tool to connect the plot and conclude some foreshadowing. But obviously, it is putting emphasis on “some man”, implying it’s not like the other hundreds of times where women were either life-bringing or in supporting roles for the actual male hero.

But why so butthurt? What about the innumerous, yes literal cascades of movies where men tell men they are the chosen one, the hero, hope to humanity, the one who inspires greatness, the bestest dude of them all, the greatest brother, their honorable captain while tears well up in their eyes – and the list goes on and on. But nobody’s yelling “lol #dudepower” at the screen. So why the cringe when women do the same thing?

How often have we heard the line “is this about some girl” or “tell me you’re not doing this for some girl”?

But you’re not giving birth to SOME man was enough for these snobby chaps to completely ruin the moment. Well, thanks bros.

Terminator: Dark Fate rules not just because the women kick ass but because of how normal it is that they leave footprints on all the bottoms. It has maybe one or two awkward moments but those are immediately defused with humor. It’s not taking itself too seriously. What more do you want? Even Arnie makes fun of himself – it’s perfect. Mackenzie Davis is a literal tank and easily keeps up with any action star nowadays. Her action scenes really impressed me and they rightfully show off her guns whenever possible. Yes, girl power!

Also, I think it is well balanced: a good action movie that uses the common benefit of the doubt and never actually answers questions of exposition, just throws in a joke or a cool one-liner. And you’re in denial if you don’t see that is the golden formula, the way it has always been done. Does that compromise its quality? No, because being so inscrutably strong, badass, or “manly”, if you must, it almost bursts your testosterone-fueled admiration, is always disarmed with humor in most full-blast action movies. This way, the audience reaction is controlled instead of making the entire thing a laughable absurdity. But when women take over, those moments are called cringeworthy? Why?

Personally, I think one of the reasons is that women are frequently expected, but are also often written, to be perfect. There is no female Arnie because women in action movies are required to be the full package. They can’t have distinctive accents or stiff acting skills or real feelings or sensitive emotions. To be badass they need to be machines and that is precisely besides the point of this movie. They are human and they will show it. They grieve and despair but also believe and resist. They can cry and be silly, lift each other up and crush machines along the way. No big deal. The same is true for male leads, you can be hard as nails or sweet as a button and one doesn’t have to exclude the other when all you have to care about is killing that hellish Terminator for good. 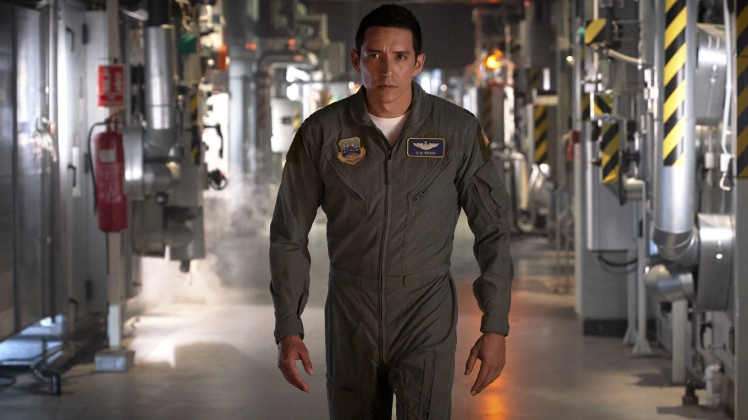 If you can remember, James Cameron had something to say about this topic back when Wonder Woman came out in 2017. The director Patty Jenkins had the perfect response to his criticism of Gal Gadot being too sexualized in her leading role as the Amazon Diana:

“James Cameron’s inability to understand what Wonder Woman is, or stands for, to women all over the world is unsurprising as, though he is a great filmmaker, he is not a woman. […] But if women have to always be hard, tough and troubled to be strong, and we aren’t free to be multidimensional […] then we haven’t come very far have we. I believe women can and should be EVERYTHING just like male lead characters should be.” (You can read about it here.)

This movie underlines and exemplifies Cameron’s stance of women as tough and troubled action leads being amazing female heroines. And my point is: they should, without a doubt and lacking no amount of excited fist pumping, be taken just as seriously as their male colleagues. However, that is not the only way.

Why does it even matter what gender they have? It’s incredible how quickly men are fed up with the “now it’s a woman’s turn” ethos while women have been told to stay back and look pretty in movies for literal decades. If you can’t handle girl power, you should go back to handling your dick by yourself. 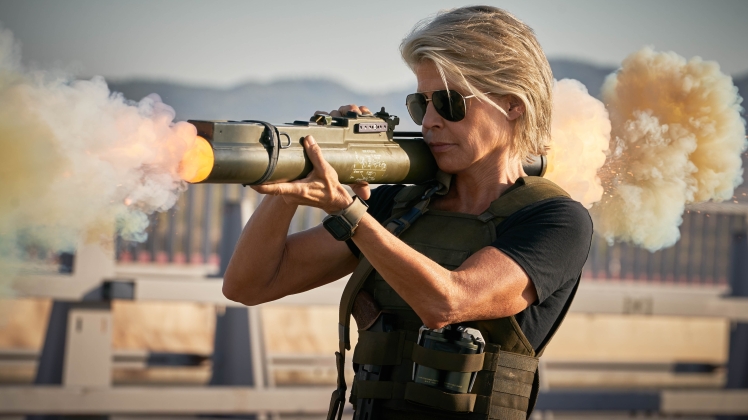