You had me at black police officer infiltrating the Ku Klux Klan.

The latest of Spike Lee’s joints, BlacKkKlansman, tells the true story of Ron Stallworth, the first African-American police officer in the Colorado Springs Police Department and his undercover infiltration of the Ku Klux Klan in the 1970s. As many of his other projects, this movie lacks no political agenda, social commentary or provocative imperatives. 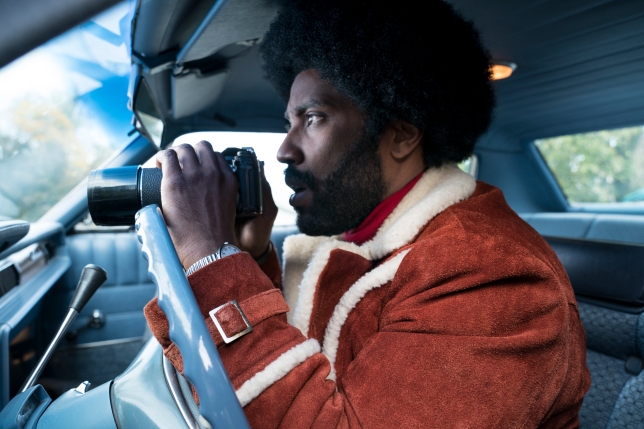 John David Washington (Ron Stallworth) portrays a determined and focused detective and an individual capable of philosophical wisdom, as well as no small amount of resolve to get his way. Relevant to his nature, Du Bois’s concept of the two identities of a black individual in America gets mentioned midway through the movie. Ron’s character is precisely facing the struggles of that realization: proud to be a police officer, facing prejudice by all-white colleagues, regarded as traitor by black citizens. The intelligence department first sends him to a local speech by former Black Panther president Stokely Carmichael (Corey Hawkins) to monitor his influence on the audience. Carmichael (later Kwame Ture) delivers a rousing speech about Black Power. Although Ron is undercover, and he is dead serious about being professional, his agreement to Carmichael’s words is undeniably shining through.

As investigations move forward, Ron manages to establish contact to the KKK via a newspaper ad. He arranges a meeting with the local representative Walter Breachway (Ryan Eggold) as he foolishly uses his own voice and real name, still high on the rush to change something about the world. This unwise naiveté turns out to be one of the most fruitful developments. For all of this to work, Ron needs a white person to pose for him: Adam Driver as Flip Zimmerman, a narc, American Jew and searching for his own identity and agenda. The two of them make quite the team and the active exposure, interference with and outright ridicule of the KKK begins. 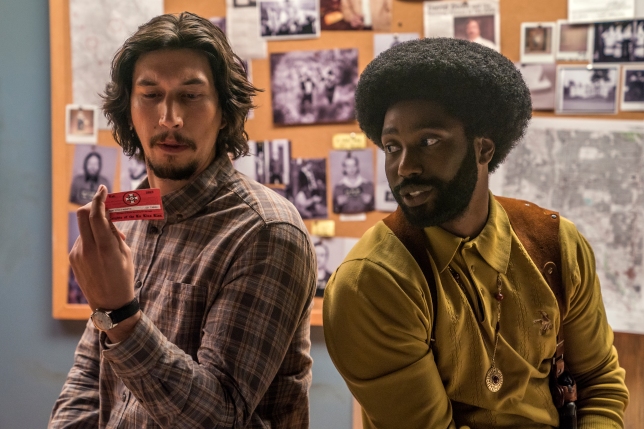 BlacKkKlansman is an intricately shot movie with intimate close-ups, focusing on expression and personality. Lee includes artistic transitions that escape the boundaries of the movie theater. He uses image to actually visualize revolutions growing inside heads, callings blossoming inside hearts. As an audience member, you can’t help but be empathetic. The vibe was also so romantic at times, the clothes, the way people behaved was so reminiscent of their time. A time of revelations, art, innovations, progress but also racism, bigotry, violence and pain. All of which is perfectly capsulated in a scene where Black Student Union Leader, Patrice Dumas ( Laura Harrier), returns to a bar after being harassed by white policemen. When Ron drags her onto the dance floor, just for a moment, she can be free, joined in by all other attendees embracing this place free of judgement.

Klan-leader David Duke, played by Topher Grace, so easily falls for Ron’s trap, it only makes a stronger point and as an audience member you cannot wait for the big reveal after Ron becomes more and more tenacious and braver in his actions. Spike Lee contrasts the movements of Black Power and White Power compellingly. And yet, he includes multi-facetted and diverse personalities on both sides, which aids to grasp some of the extremist views and not dismiss them as fictional. One movie that is referenced many times in BlacKkKlansman is Birth of a Nation. This terrible production functioned as a tool to construct a myth about black communities, creating a shocking misrepresentation and re-inforcing the ideology of the white population as superior in every way. To me, this just stresses the importance of all-Black, all-Asian, all-female cast movies nowadays. To fight culturally and socially constructed bullshit.

The movie was cut and edited brilliantly. It was so dynamic, my euphoric goosebumps fought my gut-wrenching distain every few minutes. A roller coaster, but an important one. You never feel save as the observer, always on your toes, looking out for the next tragedy. And you’re always on edge because of the extremist behavior on screen. At the end, it shows actual footage from rallies such as the ones in Charlottesville. The entire movie comments on Trump here and there but this is the homerun where they address him directly and it was done extremely effectively. The words from earlier in the film will come back, echoing in your head – WAKE UP! The obligatory wake-up call to you, the viewers, one of Lee’s trademarks.

BlacKkKlansman tells one particular story but captures the feelings, ideologies, struggles and celebrations of an entire era. The focus lies on two parallel movements and how incredibly powerful their calling became for their followers, as well as their achievements and consequences. You’ve heard it before, I’m saying it again. Although this is a story from the 70s, it is STILL RELEVANT. Go watch BlacKkKlansman and be awakened.