Last week, the annual FRONTALE Filmfestival celebrated 7 years of cinephiles mingling with filmmakers while enjoying cultural exposure to international short films, feature films, documentaries etc. This year, it was located in the charming city theater in Wiener Neustadt and I really recommend you check it out!

I was there on Saturday and was able to see the following: Fremde Tochter, Bier & Calippo, Sofía, State of Emergency Motherfucker, Stage reading, award ceremony, Untitled

This movie is about a young girl (Lena) in Germany who struggles with low income, troubled future prospects and abusive surroundings. At work, she meets Farid, a Muslim. They form a relationship and face tough decisions, such as young parentship. With all kinds of prejudices against the Islamic communities, this movie tries to show a different side and humanize a culture that is often deemed dangerous by outsiders. Acting-wise, this production is high-end. From the main characters to short appearances, the performers are authentic and engaging. Visually, it is really stunning and offers some beautiful and symbolic scenery, especially in the beginning and towards the end of the movie. What really is the best thing about this festival, is the possibility to listen and talk to the people behind the project. As a child of a Christian and a Muslim, this topic hit right home with me and I think they succeeded in making it realistic and dramatic at the same time. During their interview, the director and producer explained their motivation behind handling this issue and my only critique would be their repeatedly misspoken opposition of “Islam vs the Western world”. The one does not exclude the other, which, luckily, is what this movie is telling the audience.

This short film won the regional award and deservedly so! The story is simple: a young girl wants to go on a trip with her boyfriend and his bandmates, her father is reluctant but concedes. Well, before he finds out that his daughter is pregnant, that is. Thus, we spend the entire time on a weigh station and watch these teenagers fighting their battles while the father, hilariously confused, tries to get his child back home. The famous comedian Roland Düringer carries the movie but Maresi Riegner as the daughter has her own charm. The other actors fit into the story and there is a certain Trainspotting-feel at times. A really fluffy, PG-13 feel, to be clear. But it delves into addictive substances and destructive relationships in a similar way – with humor.

This Mexican production explores a moment in the life of the young girl Sofia as she has a short passionate experience with a stranger at a gas station. The cinematography and sound editing was very pretty and the young actress Amanda Araiz captures the audience without a word of dialogue. The way Caso described her idea was interesting: explore the experience of a woman during puberty and often very passionate, explosive and uncontrollable urges that one might feel. Unfortunately, the short scene didn’t quite encapsulate that for me. Personally, I kept asking myself why this underage girl was shown with a significantly older male. To be clear, it was neither highly sexualized nor uncomfortable but considering this is a scene out of a feature film, it probably makes more sense with the entire movie around it. 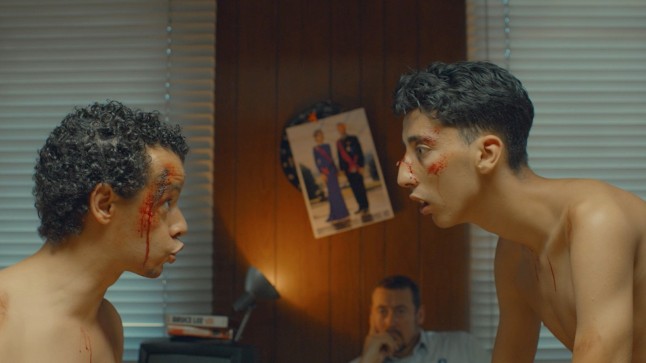 The Belgian Sebastien Petretti was able to take home the award for best international short film with this one and boy did I clap till my hands hurt (it was my favorite as well). A short, precise, hysterical and obscure comedy that follows two guys who meet up in a Kebap shop and one starts to tell his friend about his date night. All the while, they are violently subdued and taken in by the police, not stopping the constant flow of wacky dialogue. From the first second until the last, this short film is incredibly funny and it comments on the demonizing of Muslim communities while at it. Sebastien Petretti told the audience he was inspired and moved by the terrorist events in Brussels but also Paris, to which he feels a real bond, and especially the effect it had on the community – distrust and discrimination infiltrating the minds of society. After you laughed out loud, this project makes you step back and think for a minute. Brilliant! (and watch out for this guy because he has other projects lined up!)

This segment was about an hour long and quite entertaining. The performers Jürgen Heigl, Elena Schwarz, Bettina Schwarz and Jan Hestmann read a scene and then added two more rounds, incorporating new suggestions from the audience each time. Thus, we had Trump’s twitter manager, the setting of an asylum, monkey noises and many more funny additions. 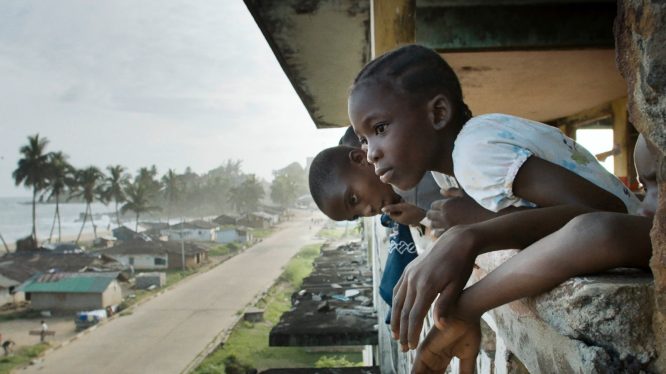 This project has a sorrowful backstory. Michael Glawogger set out on a journey which was meant to last a year, traveling all around the world and filming anything interesting. However, he could not finish his quest because he suffered from Malaria and ultimately deceased four months into shooting. The editor Monika Willi finished the movie with the recordings that Glawogger had gathered on his travels through the Balkans, Italy and Northwest and West Africa. At 107 minutes, this movie offers a vast amount of mesmerizing visuals that truly are astonishing through either aesthetic pleasure or violently emotional expressiveness. Although it is beautiful that this project was finished, the lack of a true goal does make it a little long. The audience doesn’t always know where the current scene is playing and there is hardly any dialogue. Nevertheless, it provides insight into communities, stories and locations that many people will probably never experience, which makes it special and valuable. Afterwards, Monika Willi and Andrea Glawogger, Michael Glawogger’s widow, talked about the process of filming and simultaneously editing and the grief that they both still deeply feel. If you ever get the chance, definitely watch this documentary!

To anyone who enjoys discussing movies, meeting new, like-minded people and even filmmakers, actors, producers etc. – go attend this festival! Besides having a ton of fun, you get the chance to see content that sometimes is not available anywhere else and are able to experience more culturally diverse voices. I hope to see you there next year!