Stranger Things is back and our favorite kids from Hawkins are older, smarter, and more adorable than ever. After the exploding popularity of season 1, the continuation of the story is well-aware of things that worked and certain aspects that are better left out. How did our party of adorkable troublemakers fare and how did the creators built on its predecessor?

As experienced bingers, we are familiar with the Upside Down and the so called Demogorgon that had terrorized the small town of Hawkins. With combined forces, the protagonists successfully fought and defeated the creature from another dimension. But there are other things, other creatures that pose new threats. First, there is the Shadow Monster which haunts Will in his visions and lurks over the city, waiting to make its move. ‘He’ is scary and effective as the big storm that no one is able to stop. Dustin’s new friend, D’Artagnan, represents the Demodogs, which are basically smaller Demogorgons. These fellas are sometimes a little too conveniently close by or called off in the last minute but they add stakes to the survival of more than just Hawkins, namely, the human race. And lastly, Max’s brother. Besides being a total dickhead, his purpose on the show is still a mystery to me. Probably, Billy was added to illustrate how miserable Max’s life is. Alright, we get it.

In this season, we get new characters and some more spotlight for others that have come a bit short in the first season. Lucas and Dustin reveal more of their personality and the audience gets to know them a little better. The new addition to the party, Maxine or Madmax, seems like a cool gal and she offers some plot developments like the parting of the group and a new dynamic between El and Mike. Some of the most remarkable characters are El’s sister, Eight, and her crew of misfits. Eleven’s detour to explore her past felt displaced for some people but I really enjoyed her adventures. While she is with them, El truly confronts herself and figures out whether she wants to be dangerous and feared or supportive and trusted. During her stay with Hopper, she seemed to lean towards the dark side for a little bit but in the end, she made the right decision. And a little shout-out at the end for the surprising reversal of a character trope: a psychiatrist that actually turned out to be a good guy! Good on you, Dr. Owens! 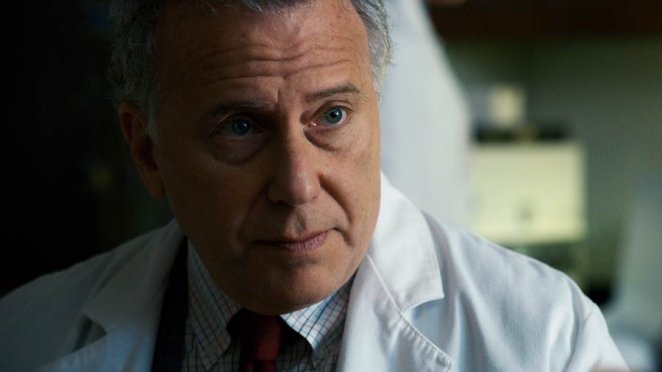 The soundtrack for this season is absolutely on fire. I do enjoy a good synth and this show definitely delivers! At times, there was a certain Blade Runner feel which perfectly fits the 80s atmosphere. Besides being ominous, effective and exciting, the music is also funny and uplifting.

Listen to it here:

The young actors and actresses on this show are worthy of all the praise and their abilities have grown even more since last year. Millie Bobbie Brown (Eleven) in her punk outfit conveys heartbreak, desperation, loneliness and anger and her chemistry with David Harbour (Jim Hopper) translates on the screen. Finn Wolfhard (Mike Wheeler) was more of a silent guy and portrayed the state of loss very well. Gaten Matarazzo (Dustin Henderson) and Caleb McLaughlin (Lucas Sinclair) were able to extend their comedic chops, as well as allowed us a glimpse into their more vulnerable side. While all of the artists were great, the one who stole it for me was Noah Schnapp (Will Buyers). His slow descent into madness and his agony and sorrow were beautifully acted. Right in the feels.

The Duffer Brothers must have noticed the uproar from fans demanding justice for Barb following her quick and unresolved death in season 1. So, this season, we spent a good amount of time with Nancy and Jonathan trying to avenge her. This is where the story fell a little flat for me and although she ultimately receives a proper funeral and her parents find peace (based on a lie nevertheless!), I wasn’t entirely satisfied.

As a die-hard LotR-fan, Sean Astin has always been a highlight on Stranger Things for me. His character, Bob, is on the softer, calmer and maybe a little unremarkable side but on this ride, he held the wheel for quite some time. Without him, Joyce would have completely fallen apart and it is only through his constant support that she manages to keep fighting. His impeccable loyalty, willingness to help and selflessness made him too good for this world. So good, he had to die after he saved everyone like the badass hacker he is. In overall terms, it makes sense because the show is obviously setting up a romance between Joyce and Hopper (maybe she’ll finally be more than a crying mess for once?) but I was sad over his passing. I’ll miss you, Bob.

Another end was drawn for the relationship of Nancy and Steve, making room for Jonathan. Their dynamic and story-line never interested me but I appreciate some development as opposed to more of the same.

As for the ending of the show: the Snow Ball was one of the sweetest sequences I have ever seen. Dustin slowly gaining more confidence, Lucas and Max deepening their feelings for each other and Mike and Eleven finally embracing and enjoying each other’s company after being separated for so long. Will was also busting some moves and was able to let loose for once. After all the horror and pain all of them had to endure, this was the perfect ending. Everything seems fine … but then the Shadow Monster appears. And this is how they keep us hooked, people!

Stranger Things 2 logically expands the story, cherishes our favorite characters by adding more facets, and brings in new people who compliment or oppose the original cast, creating dynamic relationships. The Duffer Brothers succeeded in returning the magic to our screens and they continue to keep us engaged. Where will the story take us over the next two seasons? Personally, I can’t wait to see everyone grow up and face new challenges in the sleepy, nothing-ever-happens town of Hawkins.

One thought on “Review: Stranger Things 2”