It’s been a rough few weeks, lemme tells ya.
I have neglected my writing, I have sacrificed sleep and the only thing my friends get from me these days is constant spam on every single outlet.

But before I start to also catch you, dear reader, in my web of a certain fandom, let me first clarify my interpretation of the word “fangirl”:

Obviously, being a fan is not limited to girls. This post includes boys and non-binary people as well. But the words “fanpeople” or “fanhumans” just don’t have the same ring to it. Moreover, the fandoms I am currently a part of do consist overwhelmingly of younger ladies (with my 25 years, I am arguably at the top of these fandoms’ age-range). So don’t get offended or feel left out when I say “fangirl”. You’re welcome either way, my friend!

The fandoms I am talking about are Kpop and Kdrama (the K stands for Korean, in case you didn’t know). More specifically, the huuugely popular band BTS and the wonderfully talented actors Lee Jong-Suk and Ji Chang-Wook.

What I adore about these 9 people is first and foremost the art they produce.

I have binge-watched several Kdramas over the last few weeks and I have been invested in every single one of them. It doesn’t matter what genre it is, the characters are always enticing and I have to give an enormous round of applause to the writers of these shows because the complex connections – family, romantic interests, enemies – are so well thought-out and implemented in the story-lines. Just take Suspicious Partner for example.
(SPOILER)
Who’d have thought that the protagonits’ fathers were connected??
(SPOILER OVER)
My favorite so far has to be W. I was unable to turn it off, being so enthralled in the story, the noir elements, the heart-wrenching romance plot, the life-or-death decisions, this show had it all. And, naturally, I balled my eyes out during most of the last episode. I’m going to write an entire post on the best and worst parts of Korean drama shows, but I’ll say this now: if you don’t speak Korean, don’t let “reading subtitles” be the reason to keep you from watching them. You’d miss out on so much!

It also doesn’t hurt that the two actors are stunningly beautiful. They both work as models next to their acting and, dear lord, I’m surprised my brain hasn’t exploded yet from trying to comprehend how it’s possible for someone to be an eleven out of ten.
While Lee Jong-Suk gives a somewhat cheeky and bold attitude to the characters he portrays and touches your soul with his intense look and dreamy smile, Ji Chang-Wook seems more charming and warm-hearted in his roles and the combination of puppy-dog eyes and rippling muscles is allllllways a big plus. How someone could NOT binge their work is beyond me. *self-control officially out the window*

As for the boys of Bangtan, their music has taken over my life and that’s not an exaggeration. I listen to their loud, fast, powerful songs for my workouts. When I study it’s usually accompanied by a playlist of their chill, soft, calming pieces. When I wake up, at least one of their albums is in my YouTube recommendations. Blasting “Danger” through my headphones makes me feel hella swaggy when I walk to class.
Additionally, I have seen countless music videos, crack compilations, Run BTS episodes, interviews and my phone is overflowing with their pictures.
Tell me your bias in the comments!! Mine’s Suga, forever and always ❤ 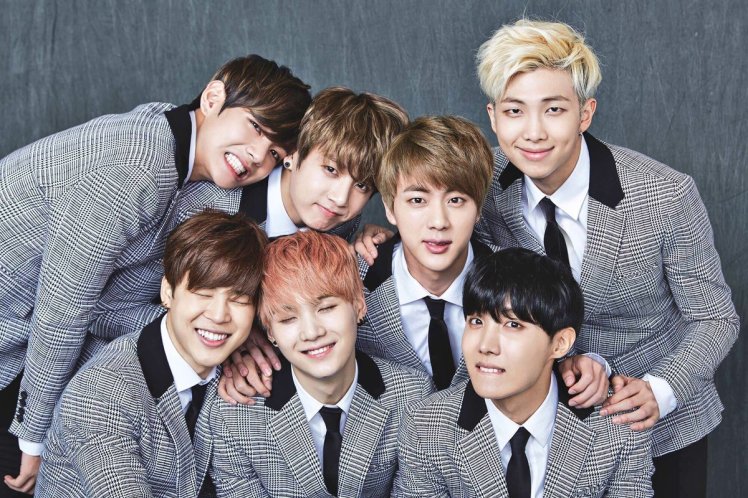 My phone and I have entered a symbiosis at this point that lets me go through fan-accounts on Instagram for these 9 lovelies all day every day. I have 54 tabs open on this laptop as I’m writing right now, YouTube videos that are still on my to-do (the “watch later” feature is for quitters), translations for episodes, the Lotte Duty Free Celebrity Endorsements page and many more. My friends are being buried in memes on a daily basis and I’m seriously contemplating taking up Korean as an additional Bachelor’s degree.

Yes. I have officially become obsessed. And there is no end in sight. Because while I am an enormous fan, I am also still a noob-fan. I only started really getting into these people and their work last August so there is a lot, and I mean A LOT, of catching up to do. Pray for me.

I love it though. I love being so invested in a fandom and I love having amazing friends who don’t get tired of me talking about it (as well as talking about it with me). I love exploring new aspects about these artists’ work and about their personalities. I love browsing through tumblr, coming across gorgeous fan edits and hilarious observations (I live for those “Here’s what you missed in interview XYZ” videos).

In short, I love being a hardcore fangirl.

However, I feel like the word needs an asterisk and an important disclaimer letting everyone know that my kind of obsessive fangirling is only really impacting my own life. The artists are completely unfazed by it and that is how it should be.

Of course it is crucial to listen to/watch/buy/read their work and as a genuine fan I do love to do all of those things and the artist likely very much appreciate that the majority of fans feel that way. They probably also have no issue with fans making fan art, writing sweet letters, waiting for hours at the entrance of events, creating funky photo edits or running a fan-blog dedicated to them. All of these and many more are perfectly acceptable ways of expressing your love for (an) artist(s).

Here’s some fanart by @furerumatsu (on Twitter) because that stuff is fly af!

But here’s where we venture into horrifying territory. Scary fangirls. They are a minority but a damned vocal one at that. On the one hand, they would chase down their beloved singers/actors/etc. at airports or public events or really anywhere they can spot them. I have seen videos of singers being practically hunted down to the point where they themselves as well as their security guards had to flee from fans. Brendon Urie had to move out of his home because he was getting harassed by fans to an unbearable extent – though it should have been obvious to him not to release his address to the public, like, you should have seen that coming…

On the other hand, and maybe even scarier, are these types of people ONLINE. Some ‘fans’ (I can’t actually call them that at this point) leave extremely inappropriate comments or tweets or DMs on the artists’ threads. I’m talking violent, sexual, abusive things. Rape fantasies are written out as detailed messages. Suicide threats (aka “I’ll kill myself if you don’t date me”) have become a daily occurrence. And let’s not even get into the reactions to their favorite celebrity entering a relationship. I find it heartbreaking, really, that those things are part of an artist’s life because along with the stress and pressure they are already going through, such threats and negative attention are only adding to the detriment of their mental health. So please, if you see anyone behaving so horridly, report it immediately. We can actually do our part in keeping our beloved artists safe to an extent. That’s what those ‘report’ functions on social media are for, after all: keeping people safe.

To end it on a positive note, though: Being a fangirl/fanboy/fanperson is such a joy. And there is a giant community of people out there who feel just as strongly about it. So go forth and watch that show for 8 hours straight, sing along to that song even if you don’t understand the lyrics, save that picture as your phone background, put your local concert website on Google alert and be the ridiculous mess you can’t help but be after you found out your favorite artist said they’d hypothetically date a fan. Life’s short, my friend, so hold on to that happiness.

2 thoughts on “Obsessive Fangirling – Based on True Events”

It's been a while but we're back with a banger 👌 Head on over to the blog for Viki's review of the new #amazonprime original The Boys 📺 . #theboys #primevideo #superheroes #simonpegg #anthonystarr #chancecrawford #jackquaid #jessetusher #karlurban #lazalonso #dominiquemcelligott #supes #fuckingdiabolical
We hope you had fun at the Vienna Pride celebrations last weekend, we sure did ;) #LoveIsLove . #pride #regenbogenparade #vienna #europridevienna #europride2019 #pride2019 #lgbtqia #lgbt