The fifth installment of the Persona game series is a stunner to look at. Since I am still saving that extra dinero to buy my own PlayStation, I have not gotten my hands on it yet. Instead, I like to watch Jay from the YouTube channel Kubz Scouts let’s-play it up!

His commentary is hilarious; watching on my own at home and having made not a single sound for a while and then just burst out with a HAH! at one of his jokes – yeah, it’s been known to happen. But not only his remarks are fun to listen to, the game itself has a spectacular soundtrack! The songs are played in such a subtle manner during the game that they don’t take you out of the story but rather perfectly compliment the atmosphere of whatever scene the player is currently in. And yet, they are funky and memorable enough that you can just as well listen to them on their own. Most of them rock pretty hard, man. And some are so chill that I play them on an endless loop at home.

I can’t speak to the game play, since, like I said, I haven’t picked up a controller myself for this gem of a video game. The palaces and riddles within them seem like a lot of fun to explore, though. Plus some of the dialogue options are just a regular hoot and a half.

What’s more, the character design is simply wonderful. Their distinct personalities are lovable despite being rather stereotypical. Yusuke’s adorably naive attitude and artistic detachment from reality had me going “Awwwwww!” since his introduction to the team. And everyone keeps nagging Ryuji, but honestly, he’s probably the most fun of the group. Currently, I have gotten to know these two as well as Ann, Makoto, Futaba, Morgana and, most recently, Haru. So if you’re farther along in the game, don’t spoil it or I’ll send Protagonist-kun after your ass!! His metaverse uniform is by far my favorite. Looking snazzy as hell there, Joker! (And yeah, I ship Joker and Fox fo sho. Judge me all you like.) 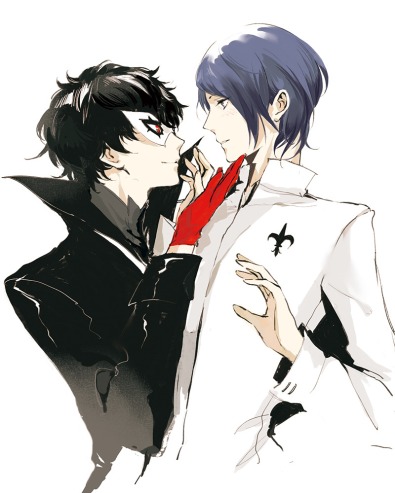 While all of these aspects are exceptional in Persona 5, the visuals have my jaw on the floor.
There are four different types of animation:

First, we have cut scenes that look like anime and are sometimes there to advance the story and sometimes just for fun. They are so beautifully drawn and we even get to hear the protagonist character speak.

Second, there are cut scenes in 3D animation. The characters are voiced in them as well but you can also read along in little speech bubbles at the bottom of the screen. A lot of the time these scenes are portrayed from different angles or zoomed in. They show either an important event in the story, like meeting a boss, discussing strategy etc., or scenes of the characters’ everyday life. And, most importantly, when a character’s persona awakens. Cause that always looks sick!

Third, during game play we can see 3D animation as well but the characters have no voice (or at least nothing beyond odd noises) but only speech bubbles. This type of visual is also applied to fight sequences where the unbelievably creatively designed personas appear – looking just as gorgeous as the team in their costumes.

Finally, the least exciting type – and yet still tremendously pleasing to look at – is the drawn animation. Look, I’m no expert, so I’m not sure about the names of all these different styles. But when I say drawn animation, I don’t mean the anime style but rather the text conversations (on the phone) between the team members and the post-fight stats/level up screens. These are mostly held in red, black and white and look like a cross between an amazing new super-spy cartoon and a White Stripes cover with extra flash.

Don’t even get me started on the design of those palaces. So far, I have (vicariously) explored a medieval castle, a twisted museum, a massive bank vault and a sci-fi pyramid. How incredibly inventive can these environments get! I love it so much, guys. So much. But I also really enjoy the day-to-day environments. Like the school, protagonist-kun’s place and especially the town! I get such a kick out of seeing him rank up his stats, go on adventures with his friends, talk to psychic ladies or even something as simple as trying to eat the world’s biggest burger. 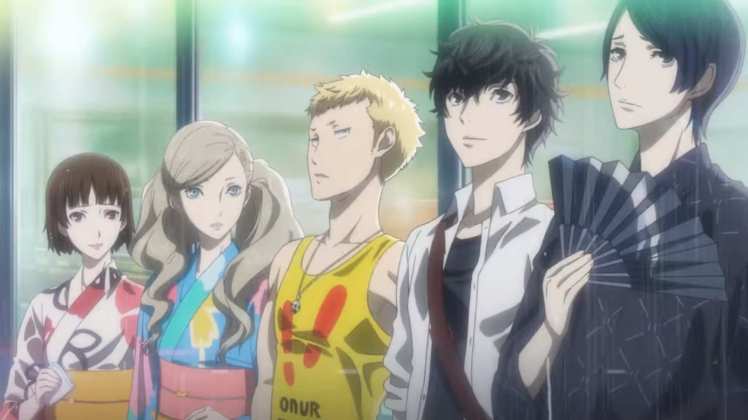 Every single aspect of this game is so intricately and carefully designed. Shibuya, one of the fictional Tokyo’s biggest areas to explore, has so much detail to it. There are skyscrapers with luminescent signs, little shops and stands, a whole bunch of strangers chit-chatting, some days it’s even raining. I get so immersed when looking at everything, I’m sure, once I play the game myself, it will take me four whole hours of simply exploring every inch of this town before I even start to speak to anyone. Needless to say that I have had a Persona 5-themed desktop background for several months now.

Honestly, if you haven’t seen or played this game DO. IT. NOW. It’ll make your eyeballs sparkle with joy. You can find the Kubz Scouts playlist here.
I can’t tell you how excited I am for the rest of the game/let’s play series because the story is so figgin’ good! And make no mistake, it will be reviewed once Jay has released the final episode. 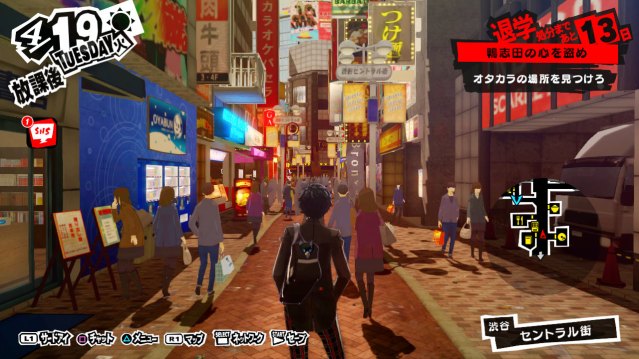 I’m certain I’ll be keeping my amazement with this game til the end. After all, I’ve never heard of the Phantom Thieves changing someone’s heart for the worse…get it?

One thought on “Persona 5 makes my Eyeballs Happy”