After what I thought was a tremendous let-down with the Deathly Hallows movies, Fantastic Beasts and where to find them takes it to a whole new level of disappointment. Accuse me of nitpicking if you want, blame me for being a hater if you like, denounce my status of pothead if you must – but this movie has some radical flaws and I can prove it.

Maybe we missed something or Harry was just deceived all his life. You should really check your friends and teachers, boy!! Apparently, it is not at all one of the hardest things to do. Just cast a spell, apparate, levitate, heal, fight, cook – all without your wand or the slightest whisper from your lips. Sounds fun! Let’s all try it out! And I admit, all the movies are guilty of this crime but Newt and Co just really took it up a notch. They commit it so often and so boldly, it really pisses me off. And as a side note: the undetectable extension charm on Newt’s case really is next-gen. Can someone explain?

Apparating all over the place

It seems everything the books described as a rather difficult task to master, is incredibly easy in this movie. Just like a pleasant stroll down the street on a Sunday morning. And not only traveling alone, also side-along and even wandless apparition. Since basically everyone seems to be an incredibly highly skilled witch or wizard anyway, it really doesn’t make any sense to me that there are no safety precautions. No property, house or person seems to be protected by anything. JK Rowling herself said that members of the wizarding world had to get a license for apparating so the Ministry could keep an eye on them and prevent them from ROBBING A MUGGLE BANK. So although New York appears to have some of the most magically able people, the MACUSA is about as lame in reinforcement as the word ‘no-maj’. Thus we get bank heists, involuntary group transports and jumping across the city’s roofs. Oh and splinching?

What real use did Queenie’s skill have? So she could fall in love with Jacob, because only his sweet thoughts would make her fall for him? Since his appearance would otherwise prevent that? Is that it? Honestly, I didn’t hate it but I couldn’t find the appeal either.

I’m sorry but besides what I have said earlier about MACUSA, it’s just way too close to Yakuza for my viewing pleasure.

Everything about this felt like half of an idea to me. Admittedly, it is a wildly new concept that is hard to accept after it has not been mentioned ever before. A force so strong, it can destroy entire cities encapsulated in a child seems like the kind of information they would teach at Hogwarts. Of course, it would have been impossible for Rowling to plan everything beforehand but I needed more information. Why the hell did Newt keep the Obscurus? Is there any trace of humanity left? What exactly did Grindelwald want with it? To me, it felt really rushed to introduce this being with a handful of new rules (e.g. it can only live for about 10 years) and then swipe them aside with an abnormality amongst Obscurials. Plus, a black cloud is not really the most original idea.

The beasts actually looked amazing and were nicely designed. What bothered me was the bar scene. Not only did it have a very strong Mos-Eisley-feel, the animated goblins looked like Lego versions. And we had Ron Pearlman as Tina’s contact Gnarlack! What a waste!

Fiona Weir, I am pointing my finger at you. As casting director, you had the responsibility to get it right. Literally, I don’t care whether you had any actual influence or not. This has to be the biggest disgrace in your career and you should be embarrassed to be credited either way. Johnny freaking Depp as Grindelwald. Ahem. Everybody, let’s say it again. JD as the evil wizard Gellert Grindelwald. You know, it was not impossible for him to do a good job. Not impossible. Just highly unlikely and he obviously completely screwed it up. Why the fuck do we need this cameo that ruins the entire movie three times over? You’re dragged out of the viewing experience, you’re mad because he looks like he went acid-diving with Jared Leto’s Joker and his line delivery is simply shit. Oh and Fiona, don’t worry. You’re not the only person who fucked up. Nah, girl. Costume designer Colleen Atwood and the entire makeup department: what the hell?? I have never seen hair so distracting and contact lenses so atrocious, I wouldn’t wear them for my worst Halloween get-up. I cannot believe they keep him in the sequels and let him play in one of the most intriguing, romantic and tragic stories within the HP universe. Alongside Jude Law. Alas, I need a drink.

The fear of the wizarding world being exposed to the muggles has always been a concept that I couldn’t entirely grasp. Fear of war is definitely legitimate but how exactly would that happen? Even if some people would see magic with their own eyes (as it was the case in New York), how would they convince other people? Is it really logical to assume that just because a black cloud is terrorizing the city, the people suddenly assume there is a whole community, nay, a whole world of witches and wizards that need to be taken down? And how would they find them? Let’s hypothetically speculate and say that all of the muggle world leaders declared war on magic. How would they locate and fight them? Who would fucking believe that? But this just goes with my general criticism on the President of the MACUSA, Picquery. Talk about lack of personality and motivation.

The cast is fine. Eddie Redmayne is a good actor, no doubt about that, but Newt’s mumbling, sometimes incomprehensible voice was a really bad and annoying choice. Granted, I don’t know whose choice but it definitely robbed the experience, especially when he introduces us to all his beloved creatures. Even if I overlooked that, a major pain for me was the non-existent character development. Newt Scamander starts off as a smart, determined, passionate and socially not ideally equipped guy and he ends as exactly that. Now don’t come at me with his brief romantic moment at the end. It felt forced, had no real justification and will probably be quickly forgotten when Zoe Kravitz joins them as Leta Lestrange. Everyone but Newt had an arc, if only a small one. To say it frankly: he was boring and flat.

And just so nobody accuses me of being an Obscurial: I did enjoy certain things about the movie. For example: 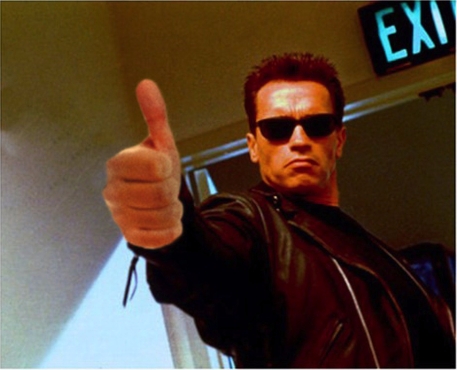 The thing is, Harry Potter means different things to everyone. What it means to me is the exploration of yourself and the journey of life that you take on together with your friends. Marvelous character and world building are what made it possible for this franchise to grow 7 (main) books and 8 movies. The feeling of wonder and hope and struggle and fear – but most importantly home – is something that is inseparably connected to growing up with Harry. And I am aware that no movie or book will ever work the same magic. However, the spirit of JK Rowling’s world can be captured again. This movie just didn’t do it for me. On top of that, planning 5 Fantastic Beasts movies nurtures the nauseating feeling in my stomach that all this… is just for the money.

In the first sequel, Newt and his friends won’t be the sole focus, the story will follow Credence and Grindelwald more closely. Which would be fine IF JOHNNY DEPP WASN’T PLAYING GRINDELWALD AND JUDE LAW WASN’T PLAYING ALBUS. Rant over.

Tell us what you think!

4 thoughts on “Fantastic Beasts and what I hate about them”