Hasan Minhaj: Homecoming King  is the Netflix special by the Daily Show correspondent which aired on May 23rd. He also recently performed at the 2017 White House Correspondents’ Dinner where he aced his speech about freedom of speech and living in Trump’s America. Netflix recorded his comedy act in his hometown, Davis, CA, where he talks about his experiences as a child of immigrants, facing racism and bigotry in his everyday life.

Homecoming King brilliantly covers the hilarious dynamics of a “brown family”, as Hasan calls it, and tackles issues such as his parents demanding top grades and demeanor, or the fact they knew so little of each other, they failed to tell him about his little sister until he was 8 years old. Hasan talks about how his mother (and surprise-baby sister) had troubles to join him and his father in the U.S. and how difficult a life can be for a single dad. While the show is hilarious and makes you laugh out loud, I’d say it breaks your heart just the same. 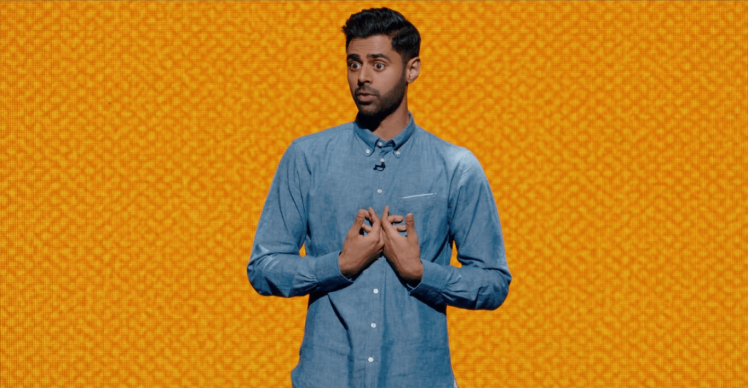 As the title says, one of the main stories Hasan shares is about his failed prom experience. He had befriended a girl called Bethany in high school who recently moved to Davis. Despite Hasan’s fear of her being overwhelmed by his family and culture, she enjoyed it a lot and they became best friends. When they were set to go to prom together, Hasan had to sneak out because his parents wouldn’t allow it. After racing across the neighborhood on his bike, he arrived at her house only to find her going with another guy. Her mother said he “wouldn’t be a good fit” for all the pictures they were going to take. It is experiences like these that made Hasan struggle with his own identity and the fear of being hurt/judged/discriminated.

I can relate to many things Hasan is talking about. I am the child of two immigrants who fled to Austria to make a better life for themselves. My parents actually met in a refugee pension and fell in love there. I was born in Austria but I never felt 100% Austrian. Not just because I wasn’t, duh, but also because I had similar experiences and often whole-heartedly disagreed with what was advertized as being “truly Austrian”. The fact that I was so eager to perfect the German language (which is also how I discovered my love for writing) came from my desire to be more like my friends. So I definitely struggled to define my own identity. Switching back and forth between what my parents were, my siblings were and my friends were. They seemed to me like three different worlds I was shifting between and for many years I didn’t feel at home anywhere. The multi-cultural family circle with no real “tradition” since we basically were a mixed bag of people. The bi-cultural sisters who had experienced the first part of their lives in a different country before coming to Austria (and who were raising me just as much as my parents were). The Austrian friends who laughed at me for not knowing certain rituals, phrases, sayings, jokes or simple local terms. I tried to fit in while not forgetting my roots and that is really not the easiest thing to do, especially in a small village like the one I grew up in.

And it wasn’t so much racism or bigotry against myself that I witnessed, I was always way too tough (mostly just pretend) and I think most kids were afraid to say anything discriminating to my face. I would unleash my wrath upon them in at least two different languages. However, I saw it daily how my parents were judged by everyone around them. Just the way people spoke to them, even as a child, I realized was not normal. And my sisters were definitely called terrible things by some teens repeating what they had heard elsewhere. Ayesha, Hasan’s sister, keeps telling him, “You’re SO melodramatic!” That is exactly what my sisters would say but I’m trying to explain how a 22-year-old student in Austria found herself in similar situations the Senior Correspondent on The Daily Show is writing a comedy piece about. Because anywhere you go, you’ll find stories like these. 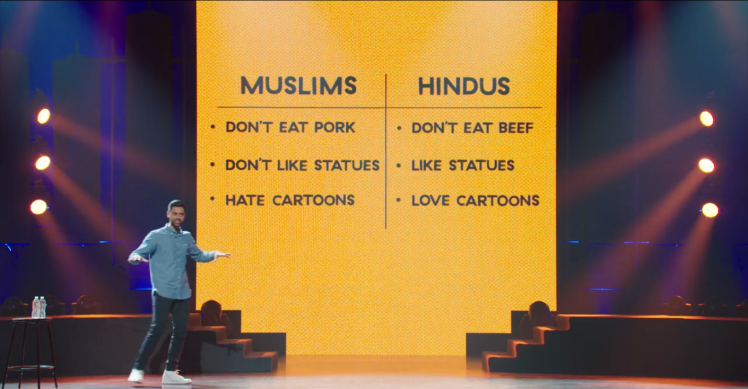 Something that I really enjoyed was Hasan’s comparison between Muslim and Hindu Indian communities after talking about wanting to marry a Hindu woman as a Muslim man. My father is a Muslim, my mother a Catholic and I have to thank any God or God-like being for their incredible decision to let me choose my faith for my own. They never tried to convince me one way or the other, they made the pact to leave the decision to me once I was old enough. Little did they know I would choose neither but that’s a different story. That being said, I 100% know that my father would like me to marry a Cosovan Muslim and have about 10 children. And yet, he would never force me to do so or judge me if that’s not my plan at all. I am really lucky to have been in contact with different cultures from the beginning without being pressured to adhere to any standard.

Near the end of the show, Hasan quotes his father after he was recovering from heart surgery and Hasan had finally told him about the prom story. Instead of lecturing him on sneaking out, he tells his son: “Hasan, you have to be brave. Your courage to do what’s right has to be greater than your fear of getting hurt. So, Hasan, be brave. Hasan, be brave.” This perfectly summarizes how people, since the beginning of time, have conquered dividing forces and fought for positive change. I really wish anyone who has looked at my family and thought that we were somehow second-class, less sophisticated, less culturally established, could see what my parents have done for this country and my family. They worked their asses off to give my sisters and me the best life possible while remaining funny, kind, passionate and loving. I believe any country would profit from people like them.

But just like Nelson Mandela said, “Resentment is like drinking poison and then hoping it will kill your enemies”, I don’t hold a grudge against anyone and I’ve been close friends with some people who made fun of me for being different years ago. Today, I can definitely say that I like being different. I like being partly Czech, Cosovan, Austrian, Irish, German, French and what ever the hell else is in my blood or soul. I like spicy food the best anyway.

At the very end, Bethany is now marrying a – you guessed it – Indian guy after all these years. And instead of being hurt or angry or loathsome, Hasan simply says, “I’m the cure for racism.” (let’s not forget it is a comedy piece) People talking about it, comedy, positive representations on TV, loving individuals, grabbing a drink together, enjoying the beauty of your country, forgiving people who didn’t know better but are willing to change are the cure for racism. 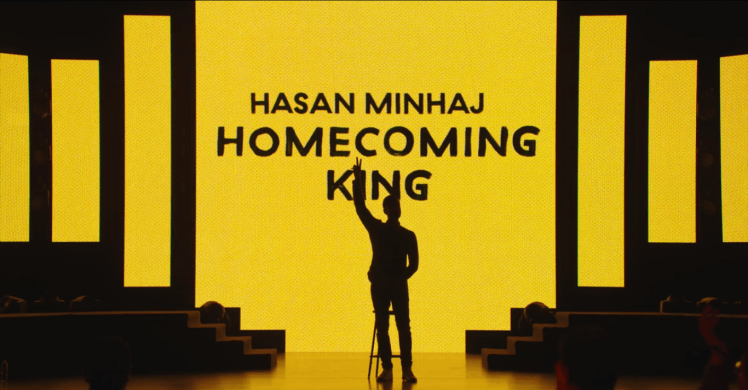