Whether you know him as the cute, clumsy but competent doctor John Carter in Emergency Room, youngest member of the original cast and starring alongside George Clooney, or as the brilliant librarian Flynn Carson from the The Librarian movie trilogy (or the tv-show sequel), Noah Wyle has delighted our hearts and graced our screens with his performances since 1985. 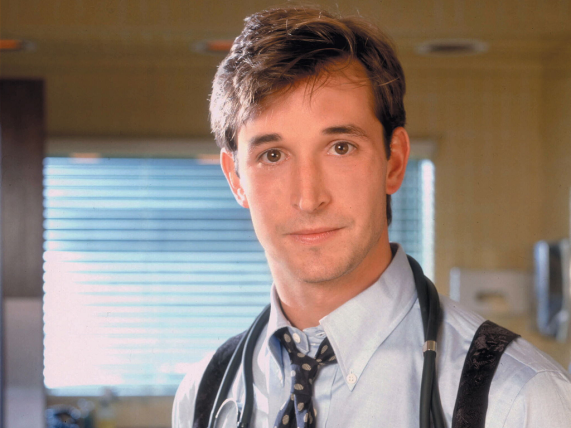 The H-wood native’s acting career wasn’t as smooth sailing as many other famous actors’. Before he made a name for himself via his role in E.R. (in which, apparently, he was required to have the softest-looking eyebrows on the planet, I mean, just look at that photo) he had more of an on-again off-again relationship with television and film, often working as a waiter for long periods of time. But thank the lord his talents didn’t go to waste!

One of his most memorable performances is probably Steve Jobs in Pirates of Silicon Valley – complete with long hair and an atrocious goatee – after which the real Steve Jobs asked Wyle to impersonate him and give a speech at the MacWorld computer trade show in 1999. There’s even a poll on IMDb to see which actor did the best movie version of Steve Jobs: Noah Wyle, Ashton Kutcher or Michel Fassbender. Which one’s your top pick?

So far, Wyle has been nominated for 3 Golden Globes and 5 Emmys and has won a whole list of other awards throughout his career. Without all too much buzz around his personal life, the father of 3 spends his spare time as a member of the Human Rights Watch Council and a supporter of Doctors of the World. Which, let’s be honest, just makes him even more amazing. 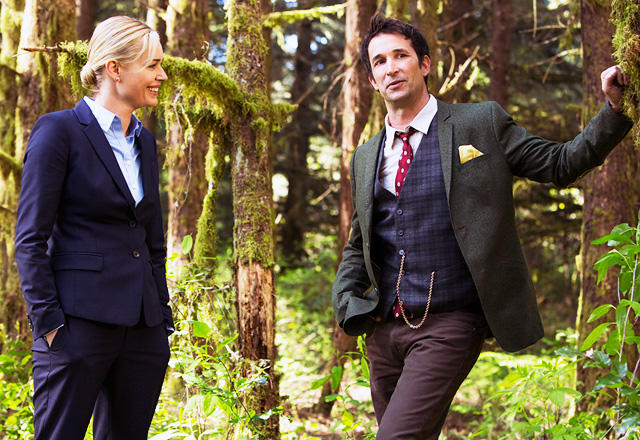 We wish him the happiest of (late) birthdays and all the best for the next 12 months – and beyond that ofc!

You can see him next in the upcoming drama films Shot and The Silent Man.